Join the discussion in our blog where a variety of writers from all walks of life take a stance on current diabetes issues.

Since 2007, Diabetes Victoria has been presenting the Outstanding Contribution Award to acknowledge individuals who have made substantial and meaningful contributions to improving the lives of Victorians affected by, or at risk of, diabetes. Last year, for the first time, this award was presented in two categories – acknowledging the contribution of an individual with a lived experience of diabetes in their own right. Both awards were presented at Diabetes Victoria’s Annual General Meeting in late October, which was held as a webinar. 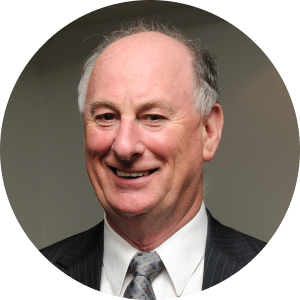 More than 20 years ago, James was working closely with researchers at the National Institute of Public Health of Finland. In 2001, the Finns had demonstrated, in a randomised controlled trial, that type 2 diabetes could be prevented (in about 60% of cases) and had set up a real-world trial in Finnish primary care. This inspired James and his colleagues to secure Australian Government funding for a sister project: the Greater Green Triangle Diabetes Prevention Programme, or GGT DPP, which started a collaboration with James’ colleagues in Finland and continued until he retired in 2014.

James brought the findings to Greg Johnson: Diabetes Victoria’s CEO at the time, and together they were successful in securing funding from the Victorian Government, which led to the establishment, in late 2007, of the Life! Helping You Prevent Diabetes Heart Disease and Stroke program.

Funding was subsequently secured for the Melbourne Diabetes Prevention Study, which demonstrated benefits to Life! program participants in terms of reduced weight, BMI and waist circumference.

The Life! program, delivered by Diabetes Victoria and funded by successive Victorian Governments, has continued to demonstrate these benefits over time. More than 70,000 Victorians have now commenced the program, making it one of the world’s largest and longest running such programs.

Another focus of James’ research was on the risk of women with previous gestational diabetes developing type 2 diabetes. Diabetes Victoria was pleased to partner with James on a successful NHMRC Partnership Grant to support the landmark Mothers after Gestational Diabetes in Australia study, or MAGDA. In turn, this has produced a series of follow-on studies, in which James continues to play a key role post-retirement.

“James has been a great advocate for type 2 diabetes prevention over many years. He has applied academic rigour, systems and solution-focused thinking, advocated and secured grant funding to enable a much greater understanding of how we can prevent people developing type 2 diabetes. His local, national and international collaborations have been integral to these successes. James has also inspired many others to work in this area, who will surely build on his great legacy,” Craig continued. 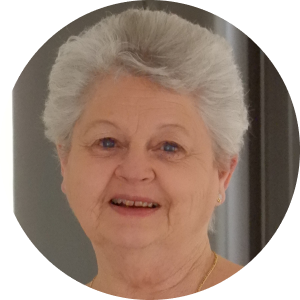 Meet Roslyn Brown
Roslyn Brown is the heart and soul of the Banyule Diabetes Support group. “I have been the convenor of the group since 2017 and am pleased that I have been able to keep the group going since then,” Roslyn said. A member of the group herself since the early 90s, Roslyn puts a lot of energy into inviting new and interesting guest speakers to the group’s meetings.
Due to COVID-19 restrictions, the group has not been able to have their regular monthly meetings since the pandemic began. Roslyn made a point to reach out and include all members during lockdowns. “I have continued to produce a monthly newsletter, which is sent to our members to keep in touch,” she said. “I am quite proud of the newsletter. I feel the newsletter is important as a way of keeping in touch on a regular basis.”

“Roslyn is a highly efficient and proactive group convener, organising guest speakers for the group and publishing a monthly newsletter filled with diabetes-related news and updates, birthday greetings, helpful hints and healthy recipes,” said Diabetes Victoria President Glen Noonan when presenting Roslyn with the award. “Roslyn's commitment to the support group has been particularly evident over the past 18 months, continuing to provide much-needed support and connection during this difficult time, despite many pandemic-related challenges.”
Roslyn has a passion for sharing her lived experience with diabetes, and this has seen her contribute to several consumer reference and advisory groups over the past 15 years. Since 2011, Roslyn has been a member of Banyule Community Health's Community Advisory Committee, providing lived experience advice to the Board. She was also an influential founding member of Diabetes Victoria's Consumer Advisory Committee from 2017-2019, helping to shape the evolution and operation of this Committee.